Necito Reklambyrå proudly announces that it has entered into a negative emission pre-purchase agreement with Nordic DAC Group. Direct Air Capture (DAC) is a new climate tool that capture carbon dioxide directly from the air, then stores it safely and permanently.

Through the agreement, Necito Reklambyrå will become a net-zero agency and thereafter become climate positive by reducing more CO2 emissions than the agency emits. Necito is an expanding agency and adopting this new tool is part of its continued efforts to create a sustainable future, both internally and externally. Nordic DAC Group is proud to partner with Necito and assist the agency to remove one tonne of CO2 per employee.

“We are looking forward to working with Necito to get our message out. Removing carbon dioxide will require millions of companies to achieve removal on a giga scale, so it’s essential to begin removal commitments today,” says Mikael Bergvall, CEO of Nordic DAC Group.

“The good news is that right now we have reached a historical tipping point. Customers, employees and stakeholders are driving the demand for voluntary carbon markets. This enables the acceleration of DAC development and atmospheric capture that is required to reverse global climate change,” continues Bergvall.

Climate scientists and IPCC report that removing the existing carbon dioxide from the atmosphere is crucial if we are to meet the temperature goals of the 2015 Paris agreement. Aggressive emissions reductions are thus necessary, as is large-scale carbon removal.

“We are extremely thrilled to have partnered up with Nordic DAC Group to remove our own carbon emissions. Our commitment is just a small step for a very important cause. We will advocate for carbon dioxide removal by challenging our customers and competitors to take the same step,” says Lukas Rheindorf, Partner & CEO at Necito. 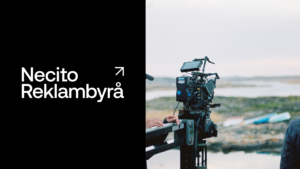